In Cambodia, Meak Bochea Day is an important public holiday and religious festival.

It is observed on the full moon in the third month of the Khmer calendar, which generally lands it in later February or early March.

Meak Bochea Day commemorates the final sermon given by Buddha, in which he summarized the “heart of Buddhism” in three principles: ceasing from all evil, doing only what is good, and cleansing the mind. The group that assembled that day, around 2,500 years ago now, to hear him preach are sometimes called the “Fourfold Assembly” because of four factors that were in place: the 1,250 listeners were all “enlightened ones,” they were all ordained by Buddha himself, they came, according to the tradition, without being summoned, and it was a full moon in the month of Magha.

It is also said that, on this day, Buddha correctly predicted the day of his own death, which occurred three months later. The day of his death was also the day of his birth and of his professed enlightenment experience. It is also celebrated in Cambodia as Visak Bochea Day.

In Buddhism, a full moon day is considered a holy day and is considered the perfect time to repent of sins and “make merits.” The added historical significance of the full moon on Meak Bochea Day turns it into a day of penitence, of doing good deeds for merits, and of remembering the teachings of Buddha. To these ends, many attend local temples and pagodas on this day to perform merit-making acts. They also strive to purify their minds, avoid all sins, and to adhere to all of the Buddha’s commands. Those commands include avoidance of drinking alcoholic beverages, killing, stealing, and lying. Many who have broken these precepts will seek forgiveness on Meak Bochea Day.

Should you be visiting Cambodia on Meak Bochea Day, some activities you may wish to take part in include:

Meak Bochea Day is an intensely religious holiday in Cambodia, but there are still things for non-Buddhist tourists to see and do at this time that they will remember for a lifetime. You will learn about both Meak Bochea Day traditions in particular and Cambodian cultural traditions in general 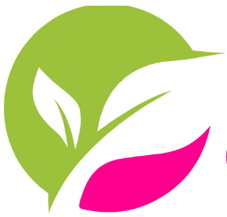